Skip to the content
Home > Insurance Blog > What We Know About Sinkholes, and What We Don’t

What We Know About Sinkholes, and What We Don’t

Imagine this: You’re leaving your house, ready to tackle the working day, only to discover a large, inexplicable hole where your car is supposed to be.

That’s the thing about sinkholes. They’re just baffling. At first glance, sinkholes are nature’s slapstick: sudden, unpredictable, dramatic and absurd. But there’s a serious side, too – lives have been lost in sinkholes, and the U.S. Geological Survey estimates that sinkholes cause about $300 million in damage per year.

So what causes them? And is there anything homeowners can do to protect themselves? Let’s find out.

Causes of a Sinkhole

What is a sinkhole, and how does it form? The cause is simple to understand: moving groundwater erodes rock below the soil. That creates a large cavity, which collapses.

It seems like that should be an easy thing to detect… you know, with the giant cavern involved.  But the answer isn’t so simple.

The problem is that the methods that excel at detecting these cavities directly – ground-penetrating radar, for example – are difficult to deploy at scale. The methods that can cover large areas depend on surface signs that are a lot less reliable.

In 2014, NASA’s Jet Propulsion Laboratory discovered they can detect surface ground movement with their InSAR satellite program. But not every sinkhole exhibits this behavior before the ground caves in. Also, buildings tend to get in the way for this technique to be reliable.

There are risk factors that can make sinkholes a bit easier to predict. Mining operations sometime destabilize the ground in ways that promote sinkholes. Weather plays a role, as well – tropical and moist climates experience more sinkholes than dry ones. Sinkholes can also be triggered by heavy rainfalls or burst sewers and pipes.

Where Are Sinkholes Most Commonly Found?

Sinkholes are more common where the bedrock is soluble – usually limestone or dolomite rock. Florida sits on a giant slab of limestone, which is why it’s particularly sinkhole-prone. The U.S. Geological Survey reports that about 20 percent of U.S. land is susceptible to sinkholes, mostly in the following states:

How Common Are Sinkholes?

The risk of a severe occurrence is low. Of all the sinkholes that open up in any given year, researchers estimate the risk of catastrophic damage at a one-in-100 chance – but it’s difficult to get a precise number. According to the U.S. Geological Survey, some (but not all) states track reported sinkhole collapses, but there is no national database.

What’s more, many observed sinkholes are never reported to state geologic surveys… and a sinkhole that opens in a remote rural area may never be seen or reported at all. Curious about sinkholes in your specific area? Contact your county property appraiser. He or she might know additional details, such as the availability of a statewide geological database.

If you suspect there is a sinkhole on your property, steer clear of the affected area (and keep kids and pets away, too). Consider marking it with fencing or tape. Then, call an expert such as a geological testing firm to determine next steps. It’s a good idea to let your insurance agent know, too.

This can get complicated, since available coverage varies by state. The Insurance Information Institute offers some helpful background about how sinkhole coverage works in different areas. For questions about what your specific policy can (and can’t) cover, contact an insurance professional like your Erie Insurance agent.

Sinkhole damage can be covered if you’ve chosen to add optional comprehensive coverage to your auto insurance policy. (That’s the same coverage that can protect you from non-collision related damage, like a falling tree branch or hitting a deer.) Learn more about understanding your auto policy.

Generally speaking, most typical homeowners insurance policies (including those from ERIE) don’t cover damage from earth movement. That includes earthquakes, mudslides and sinkholes. Flood damage is also not covered by a typical homeowners policy. Flood insurance is usually purchased separately through the National Flood Insurance Program.

Read more: How Does Flood Insurance Work (And How Can I Add it To My Policy)?

So, why are sinkholes excluded from a typical homeowners policy?

“With a sinkhole, there’s usually no warning – and it’s typically something that can’t be prevented,” says Tammy Kula, a home product development specialist at ERIE. “However, the damage to the bedrock has been happening silently underground for months and years. That’s not ‘sudden and accidental,’ which is what typical homeowners insurance is designed to protect.”

Some states (like Florida and Tennessee) require insurers to offer optional sinkhole coverage for an additional premium. Good news: If you’re an ERIE policyholder in Tennessee, sinkhole collapse coverage is included at no extra charge to your homeowners policy.

Elsewhere, ERIE policyholders can typically add sinkhole protection separately with the sinkhole collapse endorsement. This endorsement can cover damage due to a sinkhole by natural means, such as groundwater that erodes limestone or dolomite rock. It can protect your home, other structures (such as a garage or shed) and your personal property up to the stated limits on your policy.

Let’s face it: Life can be weird and unpredictable. At ERIE, your local agent can help you feel confident about your insurance protection so anxiety doesn’t hold you back from enjoying what really matters in life. Learn more about homeowners insurance and request a quote.

Haven’t heard of us? Erie Insurance started with humble beginnings in 1925 with a mission to emphasize customer service above all else. Though we’ve grown to reach the Fortune 500 list, we still haven’t lost the human touch.

Contact Service 1st Insurance today to experience the ERIE difference for yourself. 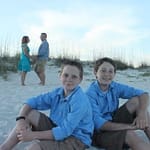 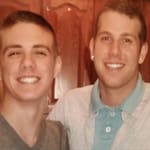 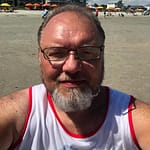 Great guy and a great company!Steve A., Mt. Washington, KY 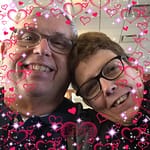 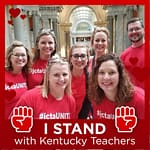